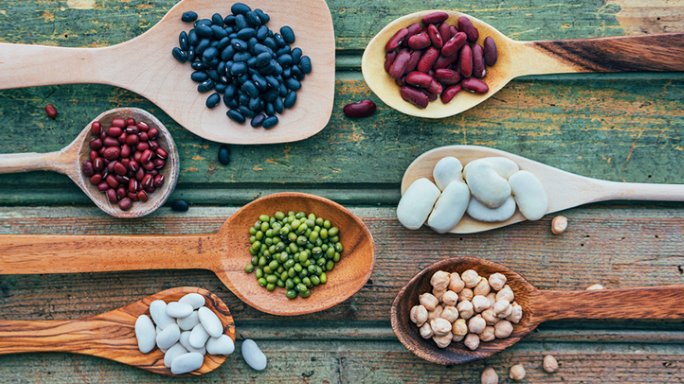 Zinc is so essential to your health that experts struggle to neatly summarize what it does. A better question might be, what doesn’t it do? “Zinc is required by every cell, system, and organ in your body,” says Michael Hambidge, PhD, professor emeritus of pediatrics and nutrition at the University of Colorado School of Medicine. “It’s just of outstanding importance,” he adds. According to the National Institutes of Health (NIH), zinc plays an indispensable role in cell metabolism, immune function, digestion, DNA expression, and wound healing. “It’s involved in nearly every biological process,” Hambidge says. “And because its functions are so diverse, symptoms of a deficiency are also diverse.”

The good news is that zinc is one of the most abundant minerals on Earth, and is found in many foods. But some people—especially those with gut disorders, or those who adhere to restrictive diets—may have cause for concern. Read on to find out how to identify a zinc deficiency, and how to prevent low zinc in the first place.

DIAGNOSING A ZINC DEFICIENCY IS NOT STRAIGHTFORWARD

Blood levels of zinc are not always a reliable gauge of how much zinc your body has or lacks, Hambidge says. And because the symptoms of a zinc deficiency are widespread and “non-specific”—meaning they’re associated with many other health conditions—diagnosing a zinc deficiency isn’t easy, he says. If you’re worried about a zinc shortage, your doctor will assess your symptoms and, if she deems it necessary, test your blood. Taken together, these indicators can give her a good idea of whether you have low zinc.

THE SYMPTOMS CHANGE WITH AGE

Young children who aren’t getting enough zinc may experience slow or stunted growth, loss of appetite, a rotten mood, and “failure to thrive,” Hambidge says. Among older adults—a group that may be at increased risk because of poor diet or inadequate food intake—zinc deficiency is more likely to show up as problems thinking, a weakened immune system, or macular degeneration, he says.

HOW MUCH ZINC SHOULD YOU CONSUME?

The National Academy of Medicine’s recommended daily allowance (RDA) for zinc is 11 mg for adult men need 8 mg for adult women. For pregnant women, the NAM recommends intakes in the range of 11 to 12 mg. While it’s fine to pay attention to the amount of zinc in the foods you eat, Hambidge reiterates that it’s tough to estimate exactly how much zinc an individual will get from diet. Your gut is not like anyone else’s gut, and the amount of zinc your body absorbs depends on some of the other health and dietary factors mentioned above.

THE BEST FOOD SOURCES OF ZINC

Almost everything you eat contains a little zinc. But its bioavailability—the amount of the mineral your body can easily extract and use—varies from food group to food group, Hambidge says. Along with mollusks like oysters, “animal meats are the best sources of zinc,” he says. “If you eat a carnivorous or omnivorous diet, you’re at low risk for a deficiency.” Whole grains, too, contain some zinc. “But the amount depends on what’s been done to the grain,” he says. “Polished rice or processed grains may not have much zinc left, but whole grains will have a fair amount.” Many breakfast cereals are also fortified with zinc.

VEGANS AND VEGETARIANS MAY BE AT RISK OF ZINC INADEQUACY

Zinc is a mineral “of great concern” for vegetarians and vegans, per a study in the American Journal of Clinical Nutrition (AJCN). (The other mineral of concern is iron.) Meat is high in bioavailable zinc and may actually enhance absorption, so vegetarians and vegans—who don’t eat meat—may need up to 50% more of the RDA for zinc than people who do eat meat. What’s more, many plant foods—especially legumes and whole grains—contain a compound called phytic acid that blocks the absorption of zinc. But vegetarians don’t necessarily need to pop a supplement or go back to their carnivorous ways. Soaking beans, grains, and seeds in water for several hours until sprouts form can increase zinc bioavailability in those foods.

PREGNANT WOMEN ARE AT INCREASED RISK FOR BECOMING ZINC INSUFFICIENT

Zinc plays a crucial role in human development, Hambidge says. So children, teens, and pregnant or nursing moms may need more zinc in order to meet their own (or their newborn’s) nutrient demands. Kids who are following a parent’s strict vegetarian or vegan diet could be particularly at risk for inadequacy, Hambidge says. “But one thing we’re not sure about yet is how much the human digestive system can adapt based on need,” he says. “There’s some evidence that pregnant women or breastfeeding mothers have increased zinc absorption as a result of increased need.” He and other experts are still sorting all this out.

YOUR GI CONDITIONS MAY PLAY A ROLE

Certain gastrointestinal disorders may up your risk of developing a zinc deficiency. “The gastrointestinal conditions most often associated with zinc deficiency are Crohn’s disease and short bowel syndrome,” says Angela Ginn-Meadow, RD, senior education coordinator at the University of Maryland’s Center for Diabetes and Endocrinology. These conditions both decrease zinc absorption, she explains. Chronic diarrhea can also lead to zinc loss.

SICKLE CELL DISEASE CAN INCREASE YOUR ODDS OF A DEFICIENCY

ALCOHOL DEPENDENCY CAN UP YOUR RISK

Roughly 30% to 50% of people who abuse alcohol suffer from “low zinc status,” according to the NIH. Alcohol appears to block your intestines’ absorption of zinc while simultaneously upping the amount of zinc you lose when you pee, the NIH reports.

IF YOU HAVE A ZINC DEFICIENCY, YOUR IRON LEVELS MAY ALSO BE LOW

Many of the same foods that are full of zinc—namely, animal sources of meat—are also the best dietary sources of iron. So if you’re worried your body’s zinc stores are running low, you may also want to pay attention to your iron intakes. Just don’t go nuts with zinc and iron supplements. Yet another AJCN study finds taking zinc and iron together can limit your body’s iron absorption.

THINK TWICE BEFORE TAKING A SUPPLEMENT

If you have zinc inadequacy or deficiency, you may want to consider supplements—but consult your doctor first. Hambridge says adding a supplement with 5 to 10 mg of zinc to your diet could be particularly beneficial for vegans and vegetarians, as well as for those who have gut disease like Crohn’s. However, too much zinc can be harmful and may cause symptoms like vomiting, nausea, diarrhea, and headaches. Zinc can also interfere with medications, such as certain types of antibiotics and diuretics. The National Institutes recommends that adults get no more than 40 milligrams of zinc per day.