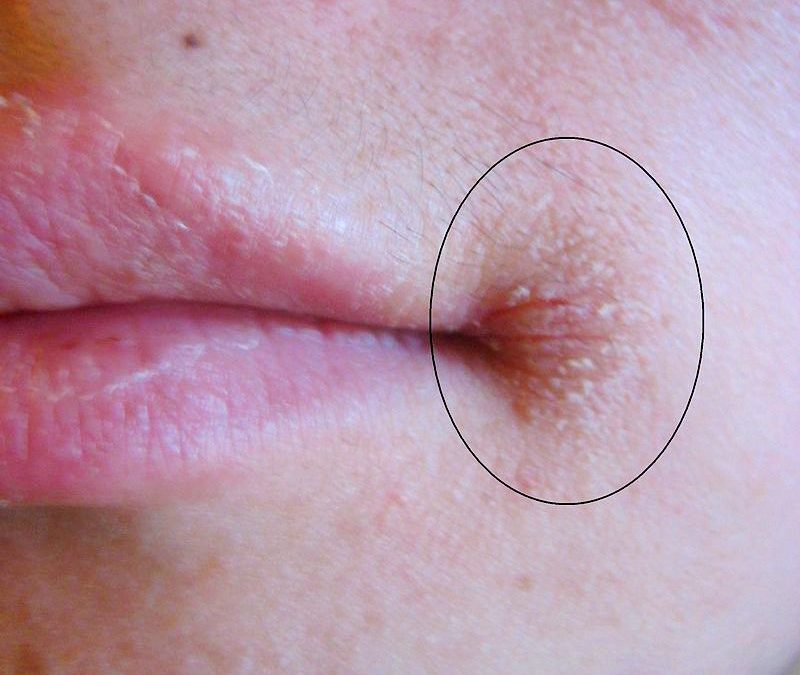 I forgot to ask you when I was there for my appointment about the cracked skin at the corner of my mouth. It wasn’t so bad then, but it has gotten worse. I have never in my life gotten this, so it’s a mystery. I’ve tried putting some skin repair cream on it, but It hasn’t helped that much. I know there’s a reason why this happens, but I seem to have forgotten. Is it some nutritional deficiency? any suggestions about getting rid of it?

Although the sores of angular cheilitis may become infected by the fungus Candida albicans (thrush), or other pathogens, studies have linked the initial onset of angular cheilitis with nutritional deficiencies, namely riboflavin (vitamin B2)[1][2] and iron deficiency anemia,[3] which in turn may be evidence of poor diets or malnutrition (e.g. celiac disease). Zinc deficiency has also been associated with angular cheilitis.[4]